Shoujo romance anime don’t get much better than this.

It’s a bit light on tension and plot, but Ore Monogatari more than makes up for it by being one of the most heart-warming romantic anime out there.

It’s technically unfinished, but I ended up checking the manga, and it was basically more of the same (just with worse art) so you won’t really be losing much by sticking with the anime as its ending is just as satisfying.

An addicting “battle” shounen that solves its fights with fascinating bouts of cooking.

A military strategy and mind-game fueled show that follows in the steps of the Legend of Galactic Heroes just in a “southeastern-feeling” fantasy world. Unfortunately, the anime itself feels more like a prologue to a far grander story that might never even reach us.

Alderamin is nonetheless a show with the most potential I’ve seen in years, and if it continues, I would not be that surprised to see it attain a 5/5 rating by the end, but now, I feel just like after watching a very cool trailer.

An anime that despite the fantastic premise fails at everything fiction to such an extent it’s pretty much unwatchable (unless you can handle an insane amount of cringe). 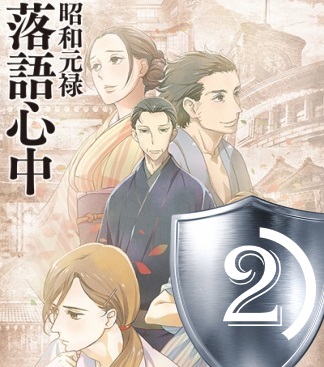 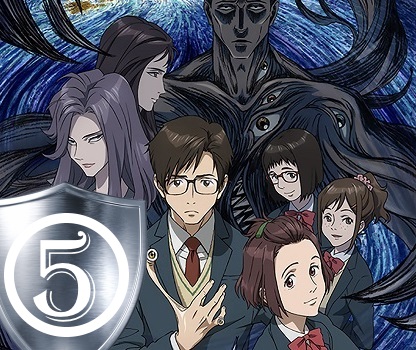 A dark paranormal thriller that besides remaining throughly entertaining and tense from the beginning to the end actually manages to reasonably argue the propriety of monsters that devour mankind. 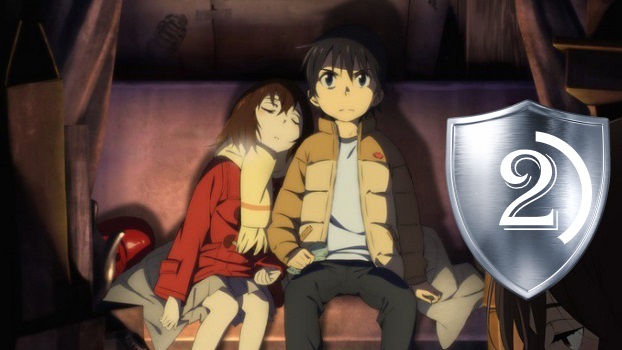 This could have been a good show if someone with an actually functional brain wrote it. 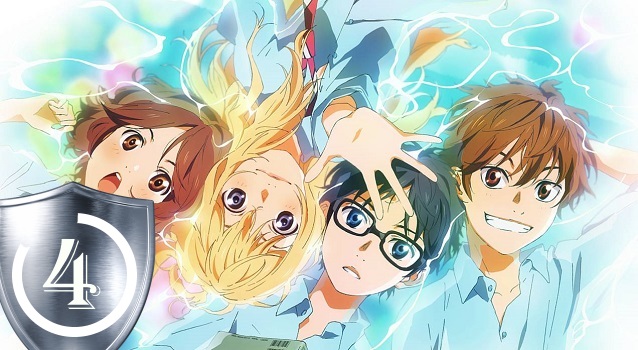 A poignant story about an eccentric girl leading a buckled under pianist back to music that has a very strong start, starts moving in circles for a while in the middle (it would’ve probably done better as 13 episode show without those extra characters), and then ends with a damn nuclear bang.

Despite being basically a one-gag pony (that a protagonist who doesn’t give a shit is stronger than the most dedicated heroes in the universe) One Punch Man somehow manages to remain entertaining for a whole thirteen episodes, and even got me curious about a sequel (can’t wait to see Saitama meet his equal).

I love fiction the most when it teaches me things about real life, and after watching Shirobako I feel like I now know more about anime industry than I would have ever dared to hope to.

Besides the obvious, this anime also offers a bunch of likable characters and a plot, that while not exactly groundbreaking, will most likely keep you glued to your screen from start to finish. The best anime I’ve seen in a long while (granted, I really haven’t been watching much lately but shows like this might very well change that). 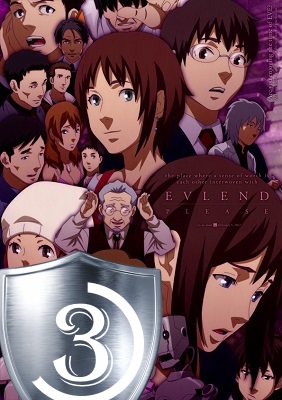 An interesting if a bit simplistic Asimov’ian look at artificial intelligence. 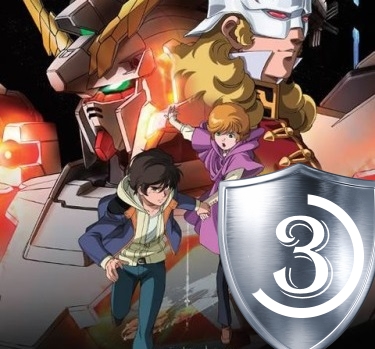 This one had enough content to easily fill a twenty-six, if not even longer anime series. The story moves at such frantic pace it’s nigh impossible to keep up with its constant name dropping, and characters going through five development stages in a single scene. Could’ve been one of the greats if it was properly paced, but now I’d say it’s just fine. Check it out if you’re a Gundam fan (though if you are you probably already did).

While Log Horizon doesn’t really attempt anything particularly exceptional and shoots itself in the foot by allowing resurrections, thus breaking tension, it at least seems to have been made by people who know what a MMORPG is, unlike Sword Art Online and its ilk. A fine light-hearted watch to kill some time with, but don’t expect .hack//Sign. 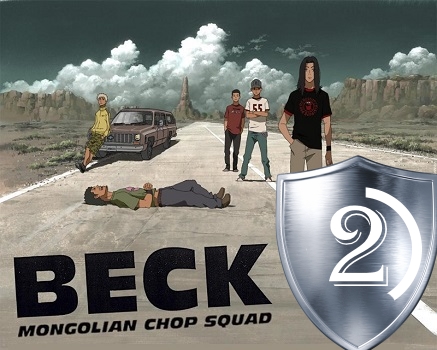 An anime about a rock band that seems to promise a lot but never quite delivers, and ends just when the things are about to get interesting.

You don’t see an anime about raising a child every day, and Usage Drop does a great job at both entertaining, and making you think about this subject. I would have liked it better if it had a more concrete ending with Rin reaching adulthood, or at least teenage years, than just stopping abruptly while she’s still in her elementary school, though.

After the earth is abruptly attacked by aliens the whole city evacuates to safety of the strongest warship-fortress Macross which in the confusion of war accidentally jumps to another part of the solar system and gets stranded.

While it is a little bit disappointing that the show never confronts its stranded characters with political and sociological issues ala Infinite Ryvius or Battlestar Galactica, the fight for survival and a long voyage home is still plenty interesting.

There are many characters, but the show mainly concentrates on a talented pilot Ichijou Hikaru and his love interest – promising songstress Lynn Minmay. As Hikaru concentrates on fighting battles, Minmay sings songs to raise the morale and unify the unfortunate stranded civilians. Her songs, however, turn out to be of much higher importance once it comes to light that they confuse aliens whose civilization has never had any ‘culture’.

The plot itself is a little bit cheesy but interesting with the love triangle between Ichijou, Minmay and Hayase particularly well done. Unfortunately, there is a clear drop in quality during the last fourth or so of the anime as it seems the last part was just tacked on to tie a few lose ends and probably cash-in after the real story was already over.

The production values have aged surprisingly well with eloquent character designs and beautiful backgrounds. Their actual movement might look unnatural and choppy at times, but it hardly retracts anything from enjoyment.

Super Dimension Fortress Macross, while not a masterpiece, is a pretty good show offering a fine story, nice characters and even some thought-provoking material. 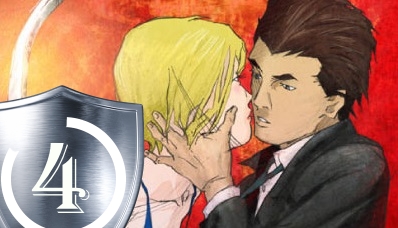 Kemonozume is a horror anime depicting a love story between a member of human-eater hunter clan and a human-eater.

The story by itself follows a relatively generic path with the lovers first hiding from their former comrades and later ending up confronting an evil threat which overshadows everything else.

The great thing about this show though is its presentation. Ugly but artistic visuals, adult themes including a glance at Japanese prostitution, strange characters and weird sequence of events create an amazing dark and surreal atmosphere. In other words, even though the story itself is not all that interesting, the way it is told is enough to make this show into a treat.

I was constantly confused if I am supposed to take things literally or interpret them allegorically, an experience I actually found surprisingly amusing. It’s even sometimes, deliberately or not, thought-provoking on themes such as nature of men and love. Oh yeah, and it also goes completely batshit insane once the villain is introduced.

Either way, Kemonozume is more of an experience rather than a coherent show, but it is a very interesting and peculiar one.

A darker take, or rather deconstruction of mahou shoujo genre. Didn’t expect any less from a guy who’s famous for Saya no Uta. 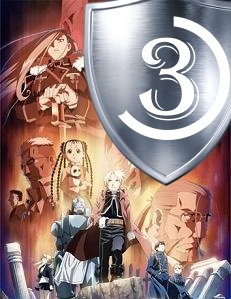 A watered down, childish version of the previous FMA. It’s not a dark fantasy about alchemy anymore, it’s a run of the mill shounen that uses alchemy as an excuse to shoot beams in the fights.