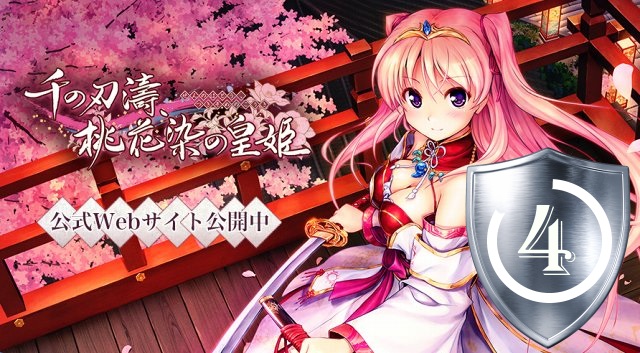 It doesn’t quite reach the level of Aiyoku no Eustia, but Senmomo is a thoroughly exciting visual novel set in a fascinating fantasy world.

I imagine most people will read Senmomo because they want another Aiyoku no Eustia (I know I did), and while the former is indeed somewhat of a spiritual successor to the latter, there are a couple things that separate the two; some of which might even be a dealbreaker to Eustia fans.

Both of the games take place in fantasy worlds, but while Eustia played everything 100% real with kids getting murdered and all sorts of other shit going down, Senmomo is comparatively soft, mixing moe and comedy with the otherwise serious plot for, if you will, somewhat of a 70% real approach. People still die and all sorts of other dark stuff happens, but the game tends to fall back to comedy once in a while to lighten the mood… which I’m personally not a huge fan of since it ends up muddling which parts of the plot I am supposed to treat seriously, and which not.

Another point which separates Senmomo from Eustia is the approach to world-building; while it felt perfectly natural for all of the heroines — even the loli king — to be in positions of power in the latter, Senmomo feels a lot more contrived, with seemingly underage girls getting assigned as colonels of the army and heads of the clergy for no good reason at all. Indeed, the hardest thing to buy in this game is probably the obvious shoe-horning of a school setting in the middle of a goddamned war-torn country.

I mean, I get that they needed a place where all characters could meet and get to know each other, but how the hell am I supposed to buy that the emperor of the country, the revolutionary leaders, the colonel of the opposing army, the head of the clergy, and the missing heir to the throne are all not only attending school but are also in the same class?! What the hell are those people even there?! It’s like if in every five episodes of Game of Thrones they had an extra skit where all characters rode to the middle of Westeros to have a friendly game of soccer.

Still, as unbelievable as it sounds, Senmomo writers do an excellent job at actually sucking you into their world despite all the contrivances. I might be making fun of it now, but I almost ended up being okay with the whole school thing just because it all ended up playing out pretty nice (and they spend very little time at school anyway, thankfully).

And despite all the moe things Senmomo tries to go for, and the soft deflections of more edgy stuff (characters tend to make things out to be way more serious and unforgiving than they actually end up being in the plot) it does definitely offer a genuinely brutal scene or two once in a while. 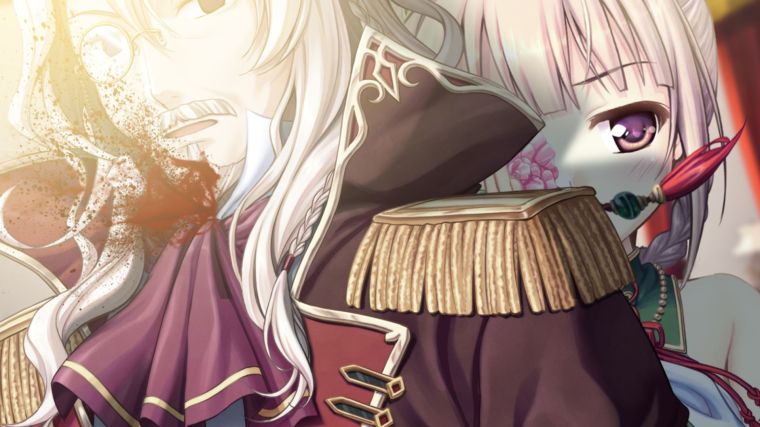 Besides, it’s hard not to get sucked into a world with such rich lore that is basically a post World War II Japan, except with super powered samurai. 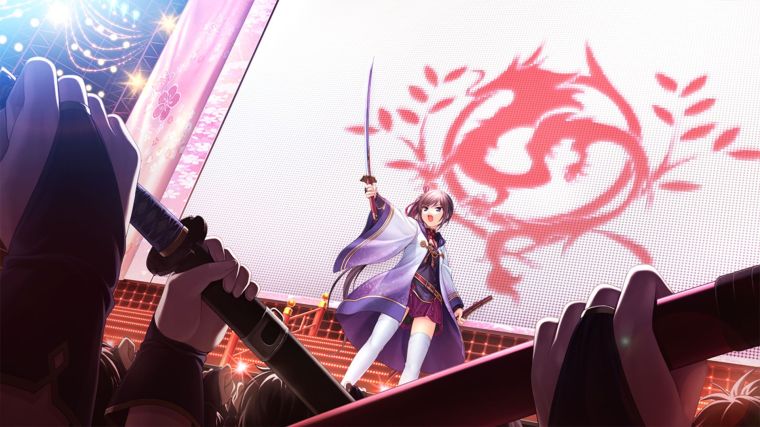 The pacing is another saving grace of the visual novel, as goddamn, I don’t think it gives you time to be bored even for a second — even a swimsuit episode in the middle of a fucking revolution flows so well it barely feels unnatural.

It also helps that AUGUST is so good at making their characters feel both extraordinary and human at the same time, their tragedies are very easy to relate to — Akari most certainly has a unique aura of a ruler about her, yet she’s also just as much a normal girl.

The plot itself is full of action and twists and drama and all sorts of awesome things, but while it keeps going strong from start to finish it never really does anything particularly mind-blowing either.  It’s thoroughly entertaining, but memorable, not so much. That said, it’s rare for me to never get bored with a VN, and I definitely never did with this one.

The story the visual novel tells is in the end nothing to write home about, and I feel I already seen that kind of premise a couple of times before, but likable characters, interesting world, good pacing, and exciting plot all come together to deliver a satisfying if not exactly extraordinary experience.

I think the game kind of shot itself in the foot by introducing an easily blameable villain at the very end who’s not even that interesting instead of just going the “everyone’s a bit of a villain in large scale conflict” route, but I guess that’s just another proof that Senmomo is more of a traditional and relatively light-hearted fantasy ride.

Semomo does indeed feel a bit like a high-budget blockbuster movie that favors quick entertainment over deeper themes, but it does its thing damn well. Still, you can’t beat — heck, even compare with — Eustia like that.

Oh yeah, and if those who played Eustia are wondering; the individual non-routes are still complete garbage, and in Senmomo they even go as far as to ruin half of the tension, because if you end up choosing a heroine and as such ending the story prematurely, villains just end up giving up too or pretty much accidentally killing themselves in some ludicrous way, lol. The ero scenes are pretty damn good though, so you still should check them out, but, uh, better treat them as fan-fiction instead of an actual part of the game.