A hard-boiled action visual novel that follows the struggle of a few remaining angels, demons, and humans as they fight through hordes of maddened mythological creatures to reach God and find new meaning to their lives at the end of the world.

Higashide Yuuichirou has been a well-known name in the visual novel scene ever since he struck it big with his first individual title — Ayakashibito, a blood-boiling action flick inspired by Japanese mythology. Since then he has dabbled in themes of western fantasy and noir (Bullet Butlers), science-fiction (Evolimit), and even biblical mythology (Tokyo Babel) before getting picked up by TYPE-MOON to write Fate/Stay Night spin-offs.

While none of Higashide’s works are exactly literary masterpieces, he is the guy if you want well-written action and hard-boiled characters doing “cool things”. He is also one of the few VN writers whose imagination exceeds present day settings and who is always looking for new worlds to create, usually backed by extensive research of the subject matter.

Anyway, his last original work, Tokyo Babel, is no exception to those rules, offering a very interesting and well-researched world where angels, demons, and humans co-exist at the brink, or rather, in a sense past the apocalypse (no doubt influenced by SMT).

One of the last humans in the universe, an artificially enhanced cyborg-like entity Tendou Setsuna is charged with a mission to break through seven layers of Tokyo Babel to reach God (YHWH) waiting at the top and have him explain what on earth is going on (and possibly save mankind).

This naturally leads to lots of action and revelations as Tokyo Babel is lorded over by crazed angels and demons, who all have their own reasons (mostly inspired by their mythological background, ranging from Old Testament to Dante’s Divine Comedy and Paradise Lost) for wishing the world to end. Higashide did a truly amazing job at researching his themes, capturing the essence of some very complicated beings like Astaroth perfectly. 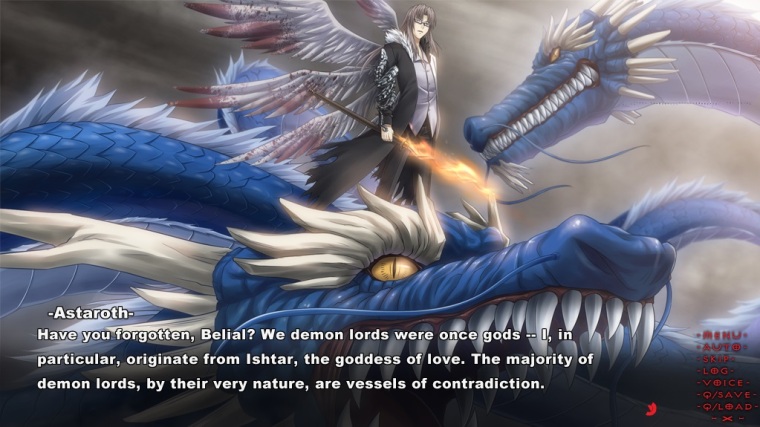 As such, one of the biggest highlights of Tokyo Babel is encounters with incredibly rich characters who have lots of wise and grandiose things to say before doing battle, discussing both nature of mankind and odd philosophical concepts only explicable to immortals. And while the pacing suffers from all the extensive fighting they end up having to do, TB still offers an entertaining story that is a mix of intriguing mysteries, awesome twists, good comedy, and an odd thought-provoking moment. It might not be exactly groundbreaking overall but it should at least succeed at keeping you invested from the beginning to the end.

Unfortunately, TB’s premise doesn’t exactly allow for much time for character development or getting the reader invested on emotional level, as while Higashide does attempt to make Setsuna’s journey through Tokyo Babel one of self-discovery, and all heroines are both likable and interesting, the romance and dramatic aspects of the story fall short as the plot jumps from one battle to the next hardly ever stopping to make stage for character moments and proper catharsis. Although I admit I still did get touched by Adam’s and Eve’s relationship in Sorami’s route.

Setsuna “discovers” himself in the midst of battle in all three routes, and most heroines hardly ever get time for a kiss before the story is over (I couldn’t help feeling that TB would’ve been improved if Higashide had actually been forced to take breaks from action to add ero scenes like in his previous games, as ironically, the few scenes of slice of life and light-hearted romance that are actually present in TB are very well-written and entertaining, even more so than some of the fights). Also, Samael — probably the most exciting heroine —should have had a proper route of her own. >_<

Unlike what most people might assume, I’m not really a great fan of action scenes in the so called chuu2 visual novels as most of them tend to end up as mere noise with two characters shouting over each other and then their willpower or guts or whatever other nonsense settling the battle in a way that’s most convenient for the writer. The few action VNs I actually like for their battles are those that treat them like a mind game or a puzzle, actually offering something clever or even insightful into human psychology instead of a hazy mesh of screams and explosions (and those are actually pretty rare).

Luckily, — while not quite on the same level as Sorcery Jokers or Muramasa — Higashide comes from a school of proper martial arts, and while TB has a bit more of the “pulled out of his ass” kind of victories than his other works, most of the fights in it abide to strategy and reasoning, coming down more to the protagonist figuring out a way to counter his foes’ super-powers, than just beating them senseless in an identical manner every single time through sheer luck and guts (I’m looking at you Demonbane). Anyway, while I didn’t love every single battle in TB, most of them are quite entertaining if you are into that kind of thing (especially given the great production values). And frankly, it’s probably not a good idea to play this game if you can’t stand action at all, since 50% of TB is literally that. 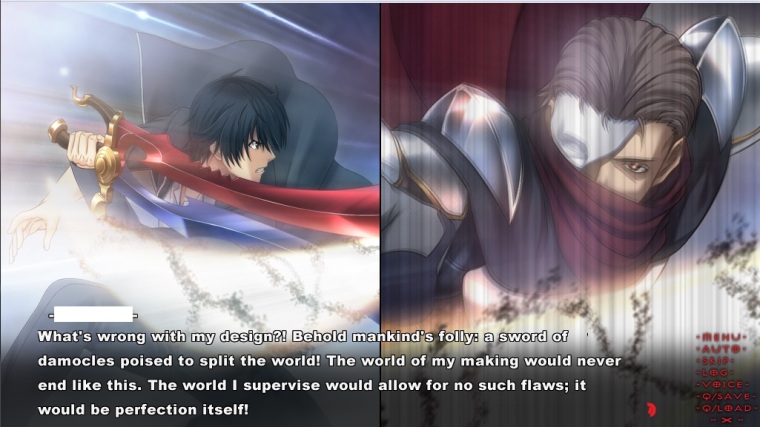 Tokyo Babel is a tough game to recommend to everyone, as while it excels at some things, it’s near hopeless at the others. You’re gonna love it if you’re into over-the-top action. You’re probably gonna love it if you’re into ancient mythology as it’s consistent with the established canon and related literature, almost feeling like it could be a modern attempt at an apocryphal text (this was what got me). You might like it for its many twists and grandiose story, though some developments in the plot do kinda feel like an excuse to have fights rather than tell something profound, and endings — while nice — don’t really strike that high a note on the emotional level. TB also offers some surprisingly entertaining slice-of-life (the heroines can be really damn funny sometimes), but I’m not sure if I’d check the game just for that, especially since it’s mostly only present in the first half.

Meanwhile, it’s probably not a good idea to check Tokyo Babel if you’re looking for romance, as while technically present, it’s quite downplayed (in Raziel’s route I even missed the part where they were supposed to fall in love). And it would be for the best you forgot about the game altogether if you are looking for “feels” (unless you’re like me and get them when you find a reference to the apocryphal book of 2 Enoch).

Check the game out if you liked Ayakashibito or Fate/Stay Night.