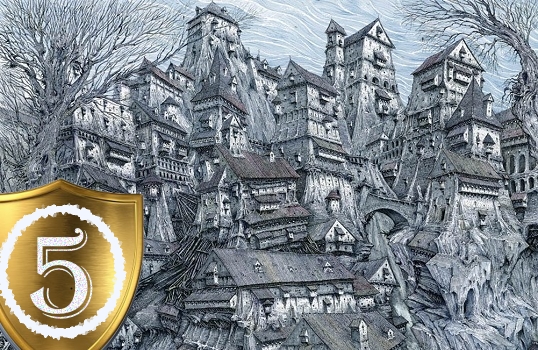 Mervyn Peake’s prose, that might as well give Vladimir Nabokov a run for his money, paints one of the most fantastical worlds to ever grace fiction, the magic of which manifests through the inherent strangeness of its many absolutely riveting characters rather than D&D-like rule books.

This second book of what, unfortunately, turned out to be only a trilogy, is so far the best fantasy book I’ve read; the story, in the core, might not be all that remarkable, and is confined to a single castle, but the unforgettable cast of characters, every word of whom is nothing short of the most poignant of poetry, is more than enough to blow any bland but supposedly “epic” narrative out of the water.